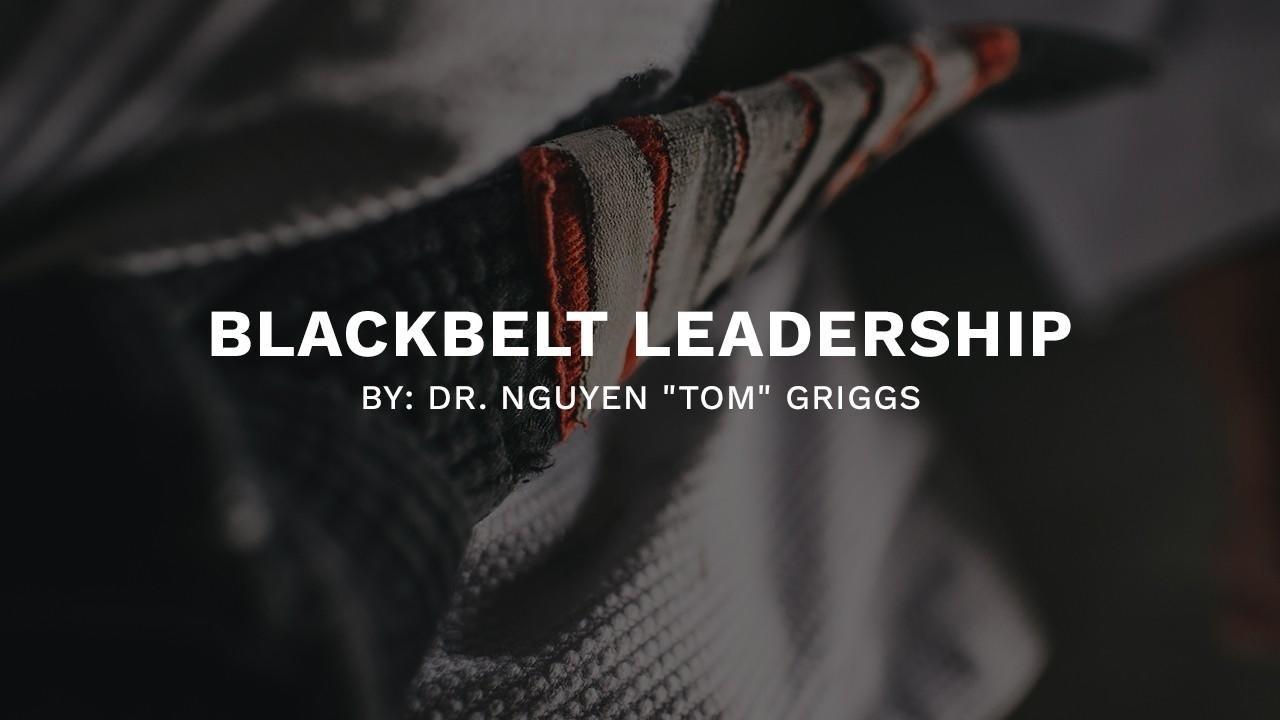 Effective leadership requires you to be strong all the time, but rarely forceful. I’ve known several leaders who firmly believed that if you had to raise your voice in anger or frustration, then you shouldn’t lead.

Here’s a story to illustrates the difference: My friend Ned is a former police officer whom I credit with getting me into martial arts. When Ned was a rookie, he and his training officer were patrolling the perimeter of a high school late at night. They caught two young, large, strong football players (probably linemen) fighting between two school buses.

They were slamming the life out of each other in what could be described as the world’s angriest sumo match between two non-sumo players. Now, Ned was much smaller than the two youngsters. Still, he told me that he was prepared to run in, break it up and arrest the two would-be gladiators. But before he could make a move, his training partner stopped him. He told Ned to wait and intervene only if things got truly ugly.

Eventually, the combatants stopped. Both were so exhausted that neither could stand upright. The training officer asked if they were injured and if either wanted to press charges.

The response to both questions, from both parties, was a solid, “No.” It turns out they had been fighting over a young lady — a scenario that needn’t have escalated as it did, but youth and temper got the best of them. The training officer then informed them that, if they were quite done fighting, they were getting arrested.

Both young men pleaded with the senior officer for understanding and leniency. He repeated his statement and pulled out his handcuffs. The two young men didn't know what to do and, at this point, they were so tired that they simply agreed to be placed under arrest.

The officer told them that he would let them go if they promised to never fight over silly things again. He also said that two young men blessed with strength and size should be using their natural attributes for something good, rather than something petty and destructive.

I feel the same way about leadership. If you’re fortunate enough to lead, then treat the position and your followers as gifts. The way the two young men were throwing each other around is analogous to how leaders appear when they try to force their will on others. People push back, and then the leader is forced to push back again, harder. The whole situation becomes a fight.

Imagine that an instructor and a young student have a terse interaction during class. You observe the end of it and decide to talk to the instructor about it afterward. Given the preceding scenario, there are three ways to distinguish force and strength:

1) Force is hard to control.

Suppose the instructor contradicts some of your points and you become visibly angrier and more adamant. The instructor may relent and just agree with you. The instructor now shrinks rather than grows from the experience. Your forcefulness demonstrates a lack of control. The strength of patience would have afforded you a change to connect and help the instructor grow.

Imagine that the instructor doesn't agree with you about how he or she handled the situation with the student. Instead, the instructor decides to counter your anger with similar intensity and emotion. Now it becomes a war of wills in which volume, emotions and egos become the weapons and ammo. Over time, this can devolve into a series of ugly encounters with no winner. The strength of forgiveness would have helped you bring peace to the exchange.

You observe the same instructor becoming verbally forceful with another student. You intervene and once again find yourself arguing with the instructor. Where did he or she learn this behavior? As the leader, you utilize force as a tool and set the precedent for others do the same. The strength of kindness is a great remedy to anger.

Using force pushes others away — and not in the right direction. Strong leaders help others by using patience and being role models.

Thank you for reading, and keep earning your stripes!

Nguyen “Tom” Griggs is a professional consultant/speaker in the areas of teams, leadership and conflict. He can be reached at [email protected]