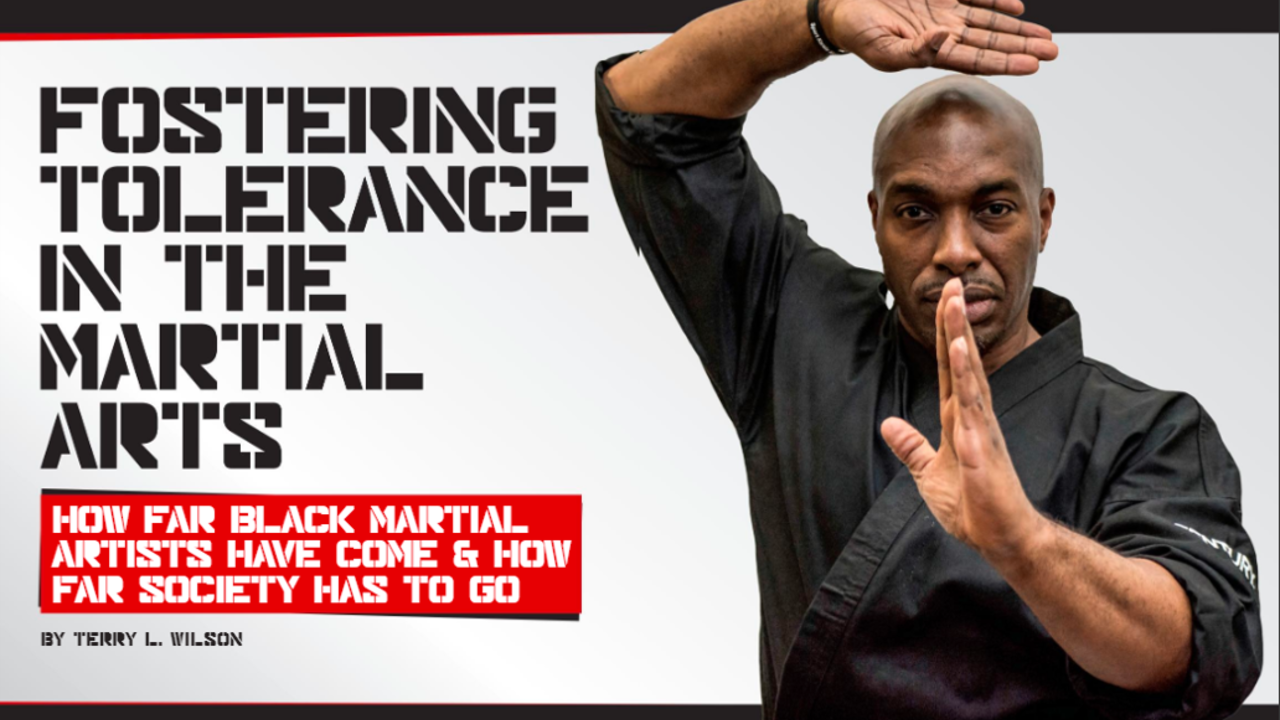 “Dad saw this empty building that had a ‘for rent’ sign in the window. An older white lady owned the building. Now, she had no idea my father was a police officer because he wasn’t in uniform, and Dad never brought it up. He just told her he was a business owner and wanted to start a martial arts school, then asked if she would be interested in renting the space to him.

“After a short conversation, the lady told him that the place wasn’t for sale or rent and that they were going to take the sign down. Dad said, ‘OK, no big deal,’ and walked away.”

A month went by, and Tommy Gilbert noticed that the sign was still up and the place was still empty. “So he asked one of our Caucasian students to go over to the building to see if that property was still available,” Damon said.

“My dad just said, ‘Screw it! We’re gonna go with it anyway,’” Damon said. “So we ended up getting that spot because of our white student. Our student technically was on all the paperwork because that was the only way we were going to get the spot, but it was my dad’s school.

“She would occasionally come around, so we kept our student as the face of the business with my dad running it, and she never put two and two together. At the end of our five-year lease, we moved to a new location and never looked back.”

Not all racial issues are so easily sidestepped, however, especially when they affect life inside the dojo.

In 1996, while working as a police officer in Oakland, Damon assumed the role of owner/head instructor of that new kajukenbo school. Being a second-generation leader of a thriving martial arts business, he didn’t face the same problems his father had dealt with, but racially motivated obstacles still cropped up.

“At our new location, we turned out nine world champions, and we worked tirelessly to help other business owners and individuals and, in the process, became respected as a pillar of the community,” Damon recalled. “But with that said, initially we suffered challenges dealing with stereotypes.”

Short history lesson: Before the United States had a martial arts school on virtually every street corner, it was commonly believed that only a person who hailed from an art’s country of origin could teach that art properly. For example, only a Japanese national — preferably, a male — would be able to teach karate and all its nuances. Nothing could be further from the truth, however.

These days, dismissing an instructor’s skill based on his or her country of origin is considered racism. At the time, though, it was often viewed as stereotyping.

“As a business owner, I have had people come in and see me, an African-American instructor, and I knew they were thinking that a martial arts instructor should be Japanese, Korean or Chinese,” Damon said. “Sometimes they would ask, ‘Who’s the owner?’ When I showed them a picture of myself or my dad, they walked out without even wanting any more information.”

A lot has changed since those days, Damon admitted, but he occasionally encounters such antiquated ways of thinking. “Once in a while, I still get that kind of reaction,” he said. “Of course, it could be that I’m not offering the kind of business model that they are looking for or maybe what I’m offering isn’t the kind of martial art that they are looking for. We need to ask ourselves, however, ‘Is that racism or just bad manners?’”

Tommy Gilbert taught Damon that having the right personality can play a big role in getting such people to accept non-Asian instructors. “My dad was a real people person in addition to being a top-notch businessman,” Damon said. “People loved him, and if he couldn’t talk someone into joining the school, their reason could have been based on something other than race.

“However, it’s also true that when someone comes to our school — or any school — and sees that the students are predominately black or white or blue and green, that may be the reason they leave. And again it may not. Racism isn’t always black and white. The trick is not to jump to conclusions without thinking a situation through.”

The hallmark of any good martial arts curriculum is teaching respect for one’s fellow human beings. Consider the bow. It has nothing to do with religion. Rather, it’s a way of saying to your opponent, your fellow students or your teachers that you appreciate their time, energy and input, all of which help you grow as a martial artist. Over time, the bow will morph into a handshake — or a pleasant greeting aimed at a stranger on the street.

“The beauty of any martial art is the respect that’s shown to your peers because it eventually extends to all walks of life,” Damon said. “In many cases, the ability to respect yourself and others begins in the dojo.

“Respect knows no race, creed or color. At our school, we have taught every ethnicity on the planet, which is amazing and awesome. There is no bias, no room for racism. I think racism is a matter of the heart. When you walk into a dojo and you allow that martial art to transform your character and your personality for the better, those issues of the heart are quickly changed for the better.”

As a cop working one of the most dangerous beats in the United States, Damon Gilbert is forced to deal with racism on many levels. His job often puts him in touch with the worst of humanity. But when he changes from his blue uniform to his kajukenbo gi, his beat is the dojo. It’s here that he sees the power of the martial arts and the way their positive message transforms lives.

“I see the martial arts as a great means of helping end a lot of the negativity in the way people think — in every facet of life,” he said. “I come from an art that incorporates karate, judo, jujitsu, kenpo and boxing, so I’ve had instructors who are Filipino, Caucasian and Latino. I’ve had all kinds of influences throughout my martial arts career.

“I don’t see any racism in our art or in our school. We are all about life skills and character building. If someone goes into a martial arts school and says, ‘I don’t like a certain sex or creed or ethnicity,’ that person will never get what the art has to offer.

“The beautiful thing about the martial arts is that if a person does come in with a bias, that person may quickly become humbled by the instructor’s character or by the techniques taught in the classroom.

“For example, let’s say the student doesn’t want a woman to teach him or her. But when that female instructor demonstrates her ability, more often than not, that skill set may impress the doubter so much that he or she will see things in a new light. And hopefully those kinds of individuals will learn from that experience and become more open to accepting others in the dojo and in life. I believe a good martial arts school is a place where racism and bias don’t exist because the arts are built on a foundation of honesty, integrity, loyalty and respect.”

A related benefit of martial arts training is humility, which opens the door to acceptance, Damon added. “Humility is a great tool to fight bias and racism. If a person learns to think past a preconceived notion, then that individual is on the road to being a better-informed individual. And that is the kind of person who will help to diminish racism one day at a time.”

Terry Wilson is a freelance writer based in San Diego.