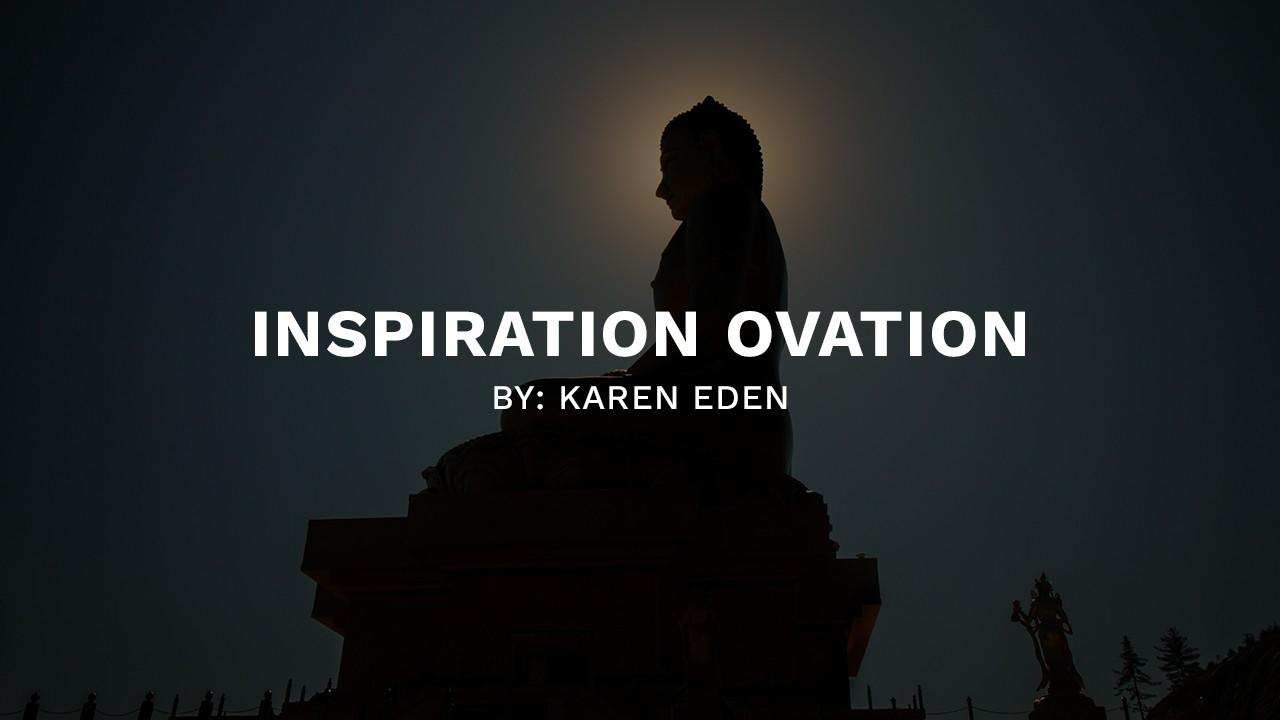 My dog is from the local dog pound. He is a very expensive breed-combination of American Eskimo and cattle dog. Somebody bred him with the intention of showing him in competition. But there was just one problem: he came out blemished.

It’s as if somebody spilled coffee on his nose. The poor dog is a throwback,and it’s something he had no control over. But there’s a beautiful side to this story. My dog couldn’t care less. He thinks he’s great, and evidently that’s all that matters. It seems that all of my dogs have taught me a lesson or two at one time or another.

There was the time that I was asked to serve my country through the department of Homeland Security. It was shortly after the terrorist attacks on 9/11, and there was a need for females to teach anti-terrorist tactical maneuvers. I was truly honored and excited. But I also wondered if I really had what it took to do the job.

Outside of myself and one other female, the entire staff was comprised of law-enforcement officers and top-notch military personnel. I couldn’t shake the images from the movie Rambo as I flew out to the west coast. But man, what a shock I got when I got there. These were retired cops I was training side by side with. They smoked, they drank, and the majority of them looked like they hadn’t done a push-up in a few decades!

“How is this going to work?” I asked myself.

Then, a big dose of reality hit me on the mat. Never mind the age and bad habits, every one of these cops was pummeling their opponent. And they enjoyed it!

I have come to the conclusion that looks are very deceiving in life’s moments that require self-defense. These old guys were wired to take care of business, and they did. And the fact that they have been taking care of business year after year only enhanced their ability to defend the innocent. Retirement had nothing to do with it.

There’s something to be said about what you think you are. If you think you can, you’re 90% there with making anything happen that you need to in life. That’s why some of our most seasoned instructors who are now in the “Dunlap Club” can still kick someone’s butt half their age. (“Dunlap” is a slang term for overweight people whose stomach folds over their pants and past their belt.) They may look like they can’t even tie their shoes, but their confidence and experience can still be a deadly combination!

That’s why I can teach the mentally impaired and those with physical disabilities how to defend themselves. Because, if they think that they can do it, they can. We all know that focusing on what you have instead of what you don’t have is everything in a self-defense situation. It’s also everything in life.

Well, I did fine training with everyone else in Homeland Security that time. I just got reprimanded for executing martial arts instead of the government-required strikes to defend myself. Muscle memory was a powerful thing for me to have to control during those sessions.

And my blemished dog is also doing fine. He still doesn’t care what anybody thinks about him. He demands the same food and walks the way all the other dogs in the world do.

It’s us humans who can’t seem to get over the labels that society places on us. I’m not exactly sure why, but I have learned that whatever a man thinks that he is — that’s exactly what he is.