In Memory of Hirokazu Kanazawa Soke (1931-2019): One of the Last Great Traditional Karate Masters 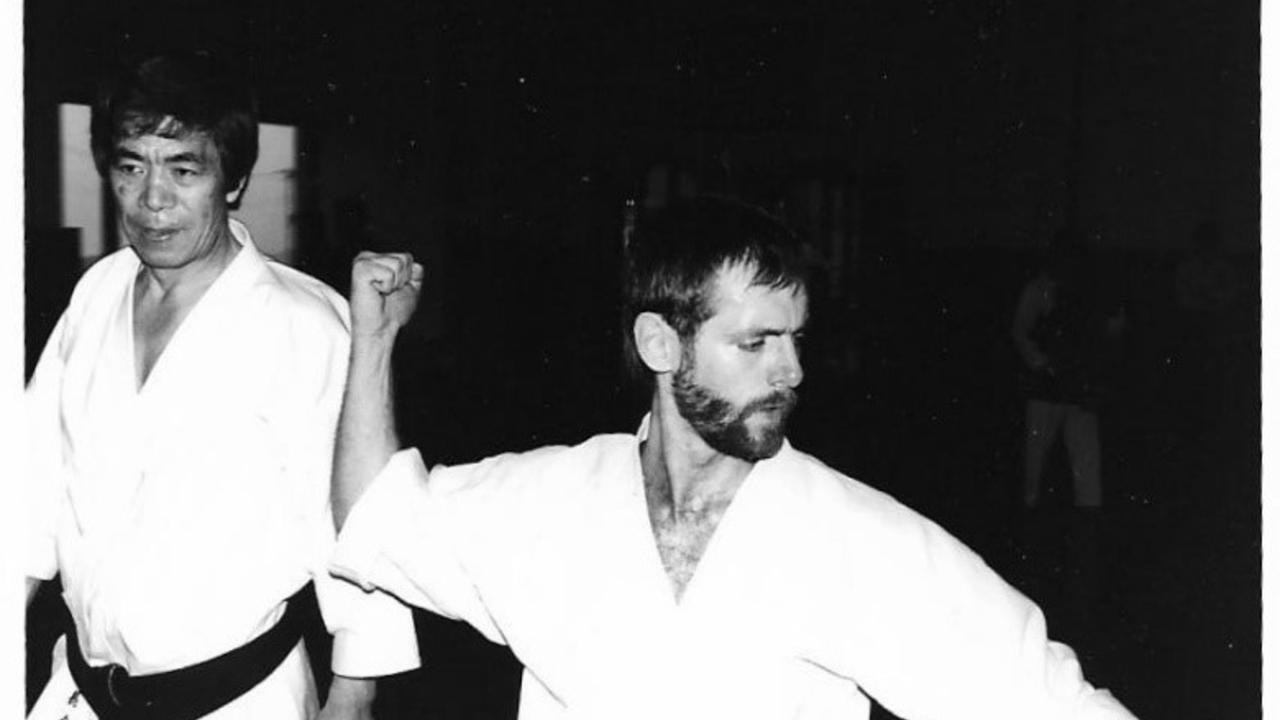 Hirokazu Kanazawa Soke passed away in December, 2019. Andries Pruim, MAIA guest blogger and MASuccess featured writer, was one of those fortunate enough to train with the Soke, and remembers him in this post.

I first met Kanazawa Soke in 1991. It was the first time I had ever travelled to Japan. Being extremely self-conscious about my lack of “traditional” training, I had some trepidation attending the International Budo Culture seminar, held at the Internation Budo University in Katsuura, Japan. 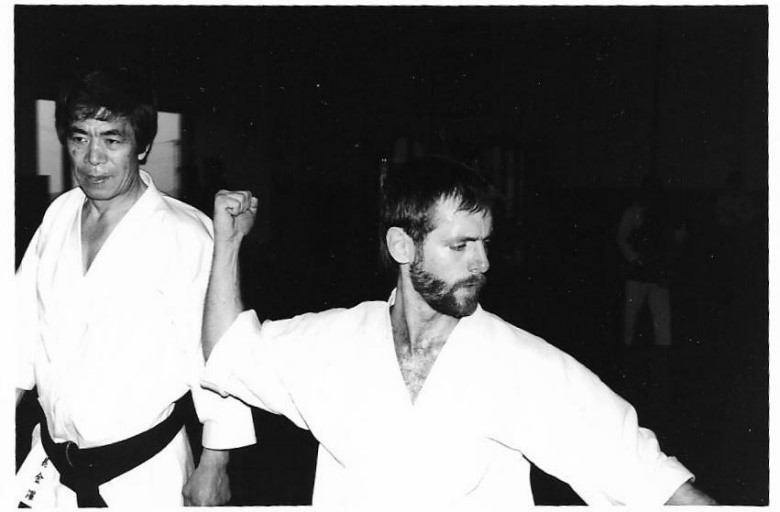 Fortunately, at the beginning of the seminar all the Budo instructors put on demonstrations of their talents. After watching some incredible judo, kendo and naginata displays, it was the karate sensei’s turn to take the stage.

I was at the IBU by invitation, having already studied karate for over 20 years. Yet when I watch Hirozaku Kanazawa perform, I was transfixed. It was obvious to everyone in the room that this was a true master of his craft. For the next 30 minutes we were treated with a display that I will remember until it is my time to move on from this earth. It also resulted in me following Kanazawa Soke and his school, which I do to this day.

Hirozaku Kanazawa Soke (soke is the title used to distinguish the head of a style) was a 10th Degree Shotokan Black Belt. His final ranking was bestowed upon him by the Japanese government. Kanazawa was a direct student of both Masatoshi Nakayama (Head of JKA for many years) and Gichin Funakoshi (the Founder of Shotokan Karate).

He was one of the first instructors to come out of the famous JKA Instructor program and developed Shotokan schools around the world, including ones in Britain, Canada and Hawaii. In the late 1970s, Kanazawa left the JKA and form his own organization, the Shotokan Karate Internation Federation (SKIF), which is now comprised of over 130 countries and several million members.

My personal experience with Kanazawa Soke began at that first demo. I returned to the same seminar for many years after that. I was eventually invited to join Kanazawa Soke for a class at his Hombu Dojo (HQ dojo) in Tokyo, where I have returned several times over the past 29 years.

Not every class I attended at the Hombu Dojo was taught by Kanazawa Soke. However, there was one night that I will cherish the most: where I was the subject of Kanazawa Soke’s attention for the entire class.

For some reason, Kanazawa Soke started to focus on everything I did and for more than an hour I received some of the finest instruction I had ever been granted in my entire karate career (up to that point). Fortunately, my wife was there and took several pictures to commemorate this night, which was the last times I was taught by the Soke: 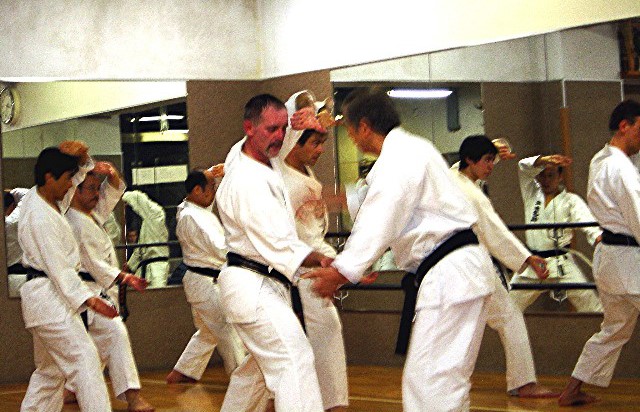 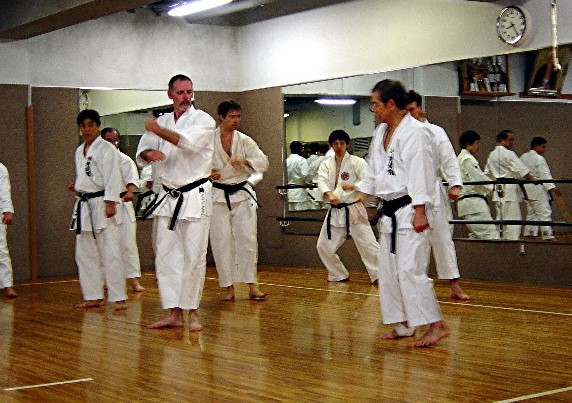 The experience was life-altering. I do not even remember walking home that night. It is these instances in life that we must be thankful to those great master of martial arts whom we get the chance to train with.

Hirokazu Kanazawa Soke was an amazing individual. His talents at Shotokan karate and the legacy he has left will encompass generations to come. Soke’s recent passing has left a huge hole in the ongoing dissemination of Shotokan karate; however, his teaching remains. The stories we students of Soke Kanazawa could tell would fill volumes. But for now I would simply like to say to Hirozaku Kanazawa Soke: Domo arigato gozaimashita. Soke, you have influenced my life more than you will ever know. May you rest in peace knowing of the good you brought to this world. OSS!!