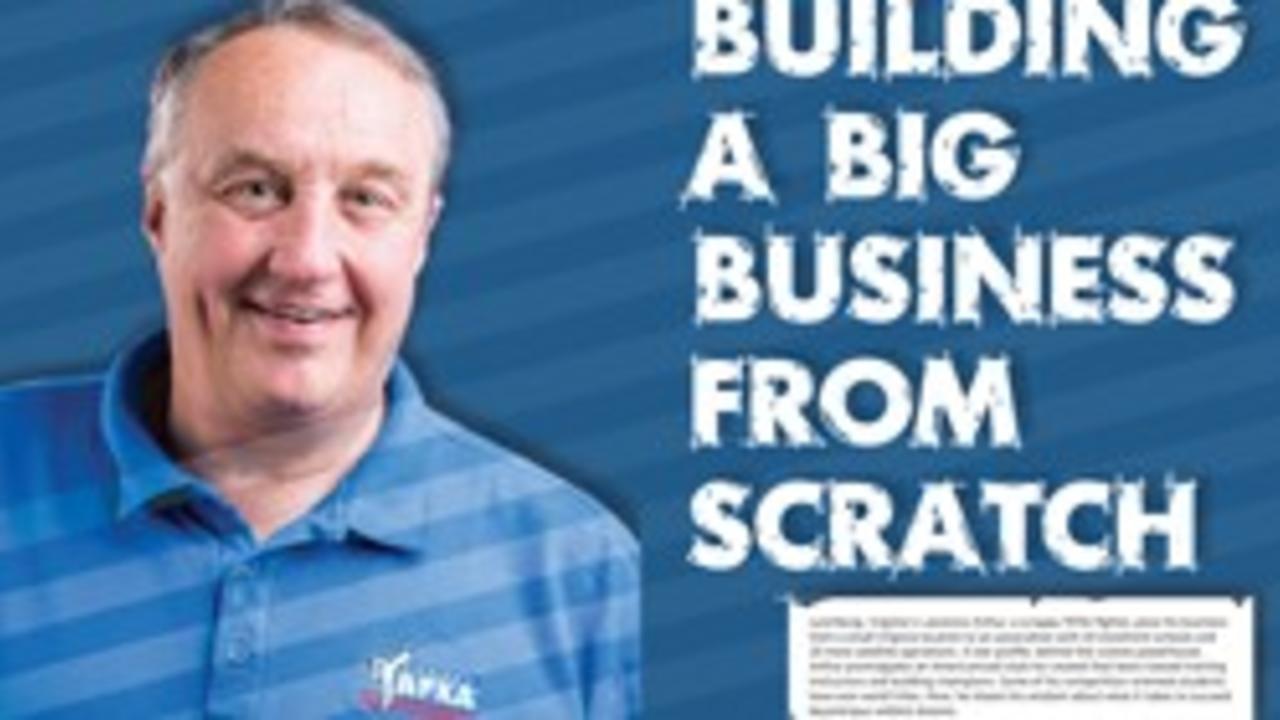 In 1980, Lawrence Arthur won a “Chuck Norris Free for a Day” contest by enrolling the most new students in a single month. Arthur did this by being creative in his attempts to get new students. At one point, he held a zombie-themed event for recruitment, sent out VIP invitations to his school and took out an ad in the newspaper offering three years of training for a $159 maintenance fee. His efforts prevailed. He signed up 108 news students and won the contest.

These days, Lawrence Arthur, founder of the American Freestyle Karate Association (AFKA), has instructors in his system with schools grossing $100,000 a month. His association currently includes about 20 storefront schools in 15 cities and seven states and some 20 satellite operations.

Arthur started his training as a teenager learning from a brown belt in his mom’s basement. That was when he fell in love with martial arts.

Arthur learned as much as he could in any style, from whomever would teach him. In 1969, he competed in his first tournament. In 1972, Arthur received his formal black belt from the American Taekwondo Association (ATA) and immediately opened his first school in Martinsville, Virginia.

While he knew how to teach, Arthur struggled with running a business. He headed to Omaha, Nebraska to study with the ATA Grandmaster Haeng Ung Lee and Master Reed, who gave him a black belt.

After gaining four years of experience running a school, Arthur closed his Martinsville location and moved back to Lynchburg. There he opened his new American Taekwondo Academy and got married. His new school struggled at first, but then became a success. Arthur eventually started a Nautilus Center, which became a huge hit.

In the early 1980s, Arthur founded the American Freestyle Karate Association (AFKA). He created the AFKA Tournament Circuit, and promoted the AFKA National Finals. He made the 1982 edition of Who’s Who in Martial Arts. In 1986, he established the Super Kicks Karate licensing program, to grow his style and protect its future. His first licensed Super Kicks was opened by James Perlini in Pawtucket, Rhode Island — and is still thriving there today.

In 1994, he became a member of the DKT Force One National Karate Team and, the following year, won the Heavyweight Fighting Division at the World Karate Organization’s World Championships in Trinidad, West Indies.

In 1998, Arthur founded and coached the AFKA National Competition Team. He was named the 2000 NBL “Arbitrator of the Year.”

Arthur cultivates his instructors and staff from within his association. AFKA’s staff receive 300 hours of training every year. There are two meetings a week, which typically last more than two hours.

The AFKA system believes in the “one-out-of-10” philosophy. In order to sign up one new white belt every day, you need to make 10 appointments. Recruiting involves inviting people to come to the school every day: for example, conducting clipboardings in parking lots or pizza places, taking surveys to start conversations, then enticing prospects with an offer to join the school.

Super Kicks also has enjoyed much success working leads from Virginia-area festivals. They work with Big Brothers and Big Sisters, so they can be in booths outdoors, raising money for local charities and adding: “Let me give you a free membership.” Every year in the Lynchburg area during the summer, there are typically at least 13 festivals.